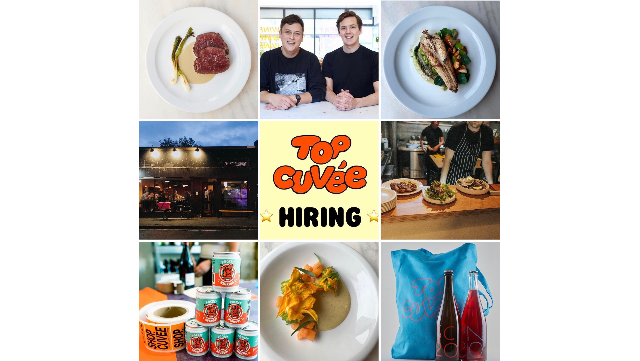 Recent events continue to prove him right with the latest project of hospitality veteran, Brodie Meah and award-winning bartender, Max Venning quickly becoming an integral part of the local community, revered for its friendly buzzing atmosphere, changing seasonal menu and respect for natural wine without pretension.

Dishes at Top Cuvée rely on seasonality and simplicity, going back to basics of quality produce, suppliers and their locality.

Menus are devised considering market availability and even from London’s bounty with their staff foraging the hedgerows of Highbury for blackberries destined to end up in that evening’s dessert.