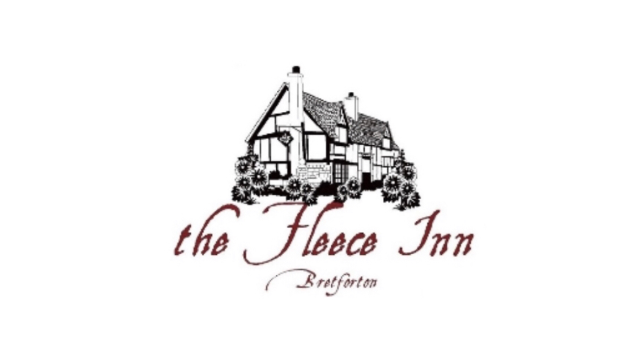 The Fleece Inn is the perfect rural retreat just a stone's throw from the beautiful Cotswold's boasting roaring open fires for the winter months, open garden and apple orchard for the summer sun and a friendly welcome all year round. With real ales and ciders aplenty this historical pub is a favourite with Real Ale lovers, and the welcoming atmosphere and good food attract visitors from all over the world.

The Fleece Inn is a pub steeped in history, originally built in the early 15th century by a farmer named Byrd, the pub remained in the ownership of the same family until 1977. The last of the descendants was Miss Lola Taplin, a formidable character remembered by many of the locals, Lola bequeathed the pub to the National Trust when she died in 1977.

It remains largely unchanged, although it now serves delicious pub grub and most famously pays homage to the locally grown vegetable Asparagus during May and June. During the winter months traditional English favourites feature largely on the menu such as our famous Pies and locally made Faggots.  When the summer months roll around the seasonally changed menu features popular choices such as traditional Ploughmans and the legendary Fleece Inn burger.

With its roots in rural England the Fleece Inn celebrates all things traditionally English at any opportunity. During the year the pub hosts various annual festivals the most famous of which is the British Asparagus Festival Day at the end of May. Thousands visit the grounds of the National Trust property situated in the centre of the village of Bretforton to sample some of the local produce and enjoy family entertainment and traditional rural activities. During October the annual Apple and Ale festival takes place sporting over 40 real ales and ciders to sample.

Each Thursday evening is Folk night for the locals in the Pewter room and the Mediaeval Barn situated in the courtyard of the grounds is often graced by some of the most well regarded Folk and Acoustic artists of the modern day, from Breabach to Martin Simpson.

If this sounds like you, then wearewaiting for you to join our award winning Fleecy Family……..Apply now!