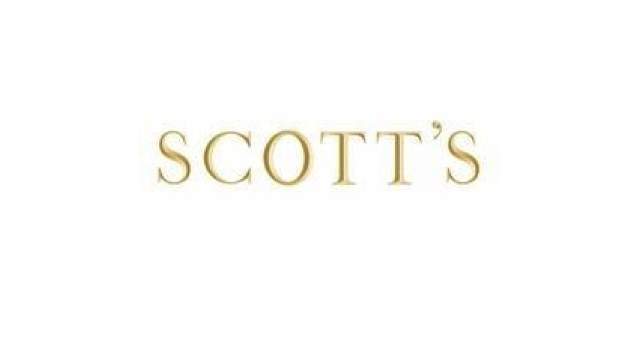 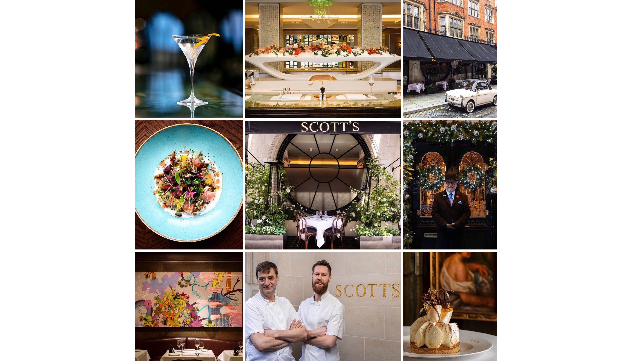 Scott’s is located in Mount Street, offering terrace dining and cocktails in the heart of prestigious Mayfair. Our menu reflects its glittering heritage, serving the finest traditional fish and shellfish dishes alongside a variety of meat and seasonal game favourites in an atmosphere of urbane sophistication. Oysters, served at the elegant oyster and Champagne bar, are a house speciality.

Our history is an integral part of who we are,  Scott's was originally opened as an oyster warehouse in 1851 by a young fishmonger by the name of John Scott and rapidly evolved into the now famous seafood restaurant and oyster bar. It is amongst the five oldest restaurants in London. Established as one of the most fashionable and glamorous restaurants in town, Scott’s has welcomed film stars, politicians and writers through the decades. Ian Fleming, the creator of James Bond, was often seen at Scott's in the 50s and 60s and it was reportedly here that he discovered the dry martini 'shaken not stirred'. The restaurant was also mentioned in a moment of movie history in the film “The Great Escape”, talked about as a dream destination as the first place they wish to go when the war is over.

Richard Caring acquired Caprice Holdings in 2015 and later that year, he purchased Scott’s, with an extensive refurbishment by Martin Brudnizki Design Studio, it was returned to its former glory as the best fish restaurant in London.

By joining the team at Scott’s, you will be part of a larger family of Caprice Holdings

The Caprice group encompasses London’s favourite restaurants, from some of the oldest and most classic establishments in London to its most exciting and innovative new openings. The group covers a members’ club in The Ivy Club; and a thriving catering company in Urban Caprice, listed at the Natural History Museum, Kensington Palace and the Saatchi Gallery. In recent years, there have been two major refurbishments in Daphne’s and the Private Dining Rooms at Scott's & Balthazar. Opening of a number of sister restaurants to The Ivy under the moniker of The Ivy Collection, with close to 40 so far, including restaurants in Edinburgh, Leeds, Manchester and Cheltenham. Last, but by no means least, our much-talked-about Sexy Fish.

Although each restaurant in the Caprice group is very different, they share a devotion to quality, demonstrated in the sourcing, seasonality, preparation and presentation of their food and drink, in the imagination of their design and in the warmth and skill of their service and world class training.

We are always looking to attract high-calibre, enthusiastic hospitality professionals to join the teams within our restaurants, clubs and head office. With new openings and major refurbishments planned, this is an exciting time to join Caprice Holdings, and we will have openings for a variety of restaurant jobs in London.

We are committed to providing an environment for our employees to develop and progress within their role and to achieve their career goals. Whenever possible we will promote from within but we also recognise the importance of recruiting new talent into the business.

With the company being committed to service, seasonality and sourcing, we are keen for all our employees to understand the importance of these and have a desire to play a part in creating a memorable experience for our customers and members.

Discover the opportunities Scott’s hold for you……….