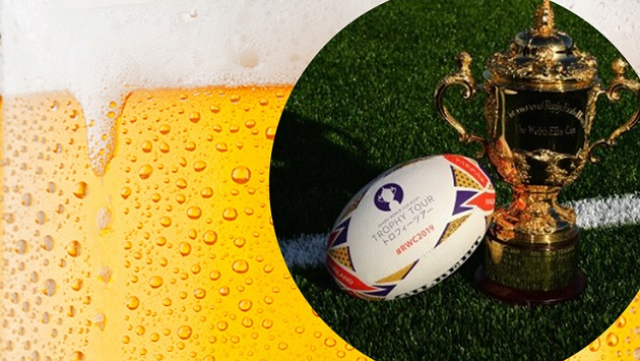 The British Beer and Pub Association (BBPA) has predicted that England rugby fans will drink ONE MILLION extra pints at the pub on ‘Super Saturday’ 2nd November… but only if England are victorious in the Rugby World Cup final.

England face South Africa in the final of the tournament, which kicks-off at 9am because of the eight-hour time difference with Japan.

Due to the early kick-off, the British Beer & Pub Association has said that it expects any boost to beer sales from the match to come after it has finished and should England win, with fans staying in the pub for the afternoon and evening to celebrate a historic victory.

The trade association has said the extra number of pints potentially bought on ‘Super Saturday’ in pubs could provide as much as a £3.8 million boost to the sector, should England fans be able to celebrate a victory for their team.

An England victory would also be great news for the taxman too, with beer duty and VAT meaning that HMRC would get an additional windfall as high as £1.2 million from pub-goers.

Despite the early kick-off for the match, publicans up and down the country are rising to the challenge. Many will be laying on breakfasts and offering tea and coffee to fans that watch the match, reflecting the diversification of pubs into destinations to not just drink in, but eat in.

The Cabbage Patch, in Twickenham – the home of England rugby – is putting on a ‘Rugby Brunch’ and offering a free coffee for those who book a table in advance.
Champs, in Sheffield, which specialises in showing sports, is running various offers for the game and a breakfast deal for those who come to watch the match.
The Crown, in Caversham, Reading, is opening up early to show the match along with serving a breakfast.

“There’s no better place to enjoy live sport on the TV than at the great British pub, so England playing in the Rugby World Cup final is a great opportunity for publicans.

“With the early kick-off of 9am, pubs will be looking to make the most of their increasingly broad offer, laying on breakfasts and coffees to get England fans through the door.

“If England do win the Rugby World Cup, we expect many fans to stay in their local for the afternoon and evening to celebrate, boosting beer sales by up to one million pints. Come on England!”