Stop talking Boris – It All Starts with a Hospitality Job featuring Marco Reick. The Way forward. 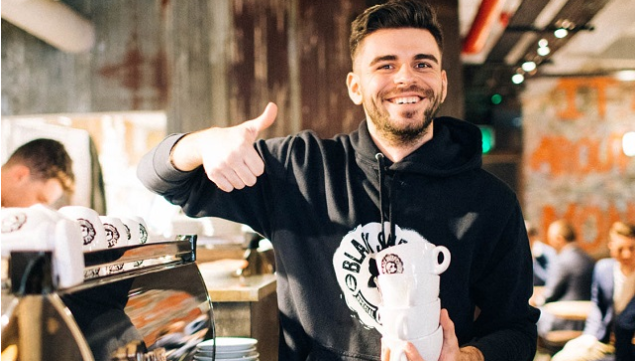 The massive ‘B’ words are getting Boring.

Instead let’s look forward starting with a solvable social and industry issue.

Why should we encourage young people into the hospitality industry? Because the opportunities are in abundance through Hospitality Jobs is the answer.

Teachers and parents, in the most part, have encouraged their offspring and students into more conservative professions believing that little Joey’s best chance in life to better himself is by becoming a lawyer and doctor. Don’t get me wrong, I have nothing against lawyers and doctors per say. Well let’s say I have nothing against doctors and most lawyers but that’s hardly the point of this article!

My question back to the parents and teachers is Why? I’d guess at social status and the prehistoric class system that promotes snobbery and all things bad in people. Why are we educating our youth in such a negative way. Apologies for the blanket statement there but it’s a ‘thing’ that needs not be a ‘thing’.

How? You say. I think we all have the answer. Let’s encourage Hospitality Jobs and Careers in Hospitality! Let’s explore the evidence to back up the argument that Hospitality Jobs are the way forward and let’s mentor our rising stars accordingly.

I could pick from hundreds of case studies and I chose to bring an industry friend, Marco Reick into the spotlight which is somewhere he’s very comfortable and which is one of the reasons why he demands respect in the industry. Marco started at the bottom and worked his way up to Director level having been a Restaurant General Manager before moving into HRthrough Recruitment at TRG Plc. Marco was one of my first big clients who has since taken the HRD roles at Bills, Leon and now the amazing Black Sheep Coffee and has made a positive impact throughout..

Some of you will know that I often I split my days in a working week and today is no exception. As I speak I’m in Godalming and I’ll be heading to London shortly to round up the week with the Team in London and am sitting down with Marco to discuss all the exciting things that are happening at Black Sheep. As well as looking at how we can make a positive impact I’ll be asking Marco this simple question. ‘Why should young people seriously consider Hospitality Jobs as a serious career option?’. I’ll pop his response shortly and in the meantime over to me.

I’ve done ok so far in Hospitality having started washing pots in the local pub for pocket money as I’m sure you did and enjoyed meeting fantastic and quirky people at the same time. I especially liked the brown envelope with cash in it that I earned by working incredibly hard to earn and I’ll always look back at those days with very fond memories. The rest is history and things have changed. What I love about hospitality is that it’s constantly changing and it challenges all of us in different ways.

One of the favourite parts of my job and career is seeing people do well and be successful. I’m surrounded by these people who are able to apply themselves, act with integrity and professionalism both in my businesses and in our hospitality industry. I know that this will not stop and the evolution of the hospitality industry is a force of nature that won’t be stopped.

I’m off to London and will come back with Marco’s response as promised.

While sipping on a fantastic black Americano (my last of the day!) with Marco at Black Sheep, SouthBank, Marco responded with:

‘Strange that we even have to ask the question… A recent study found that 89% of secondary school leavers had not been given any information about careers in the hospitality industry, that’s a bizarre number at this day in age. 20 years ago, fair enough. The UK was a bit of a culinary wasteland and employers had a reputation to match. Fast forward to today and the UK probably has the most exciting food and drinks scene in the world and some of the world’s best known chefs are British. There’s been such a transformation but it seems that career advisers have a lot of catching up to do. It’s odd that we’re a nation obsessed with food but nobody wants to cook it. To answer your question, today’s reality of working in the hospitality industry couldn’t be further away from those old misperceptions. The Sunday Times Top 100 Best Companies to work for is topped by a hospitality operator and there are three in the top 10, this alone speaks volumes. Hospitality employers have really upped their game in terms of engaging their teams and creating career opportunities. I can personally think of so many examples of people enjoying a successful career in hospitality having started on the floor or in the kitchen. Few people seem to register that our sector employs over 3 million people and is the third largest employer in the UK overall. Despite some negative headlines in recent months around closures and subsequent job losses, this is a sector full of opportunities.’

Many thanks Marco and great to see you as always. It all starts with a hospitality job and the rest is up to you!