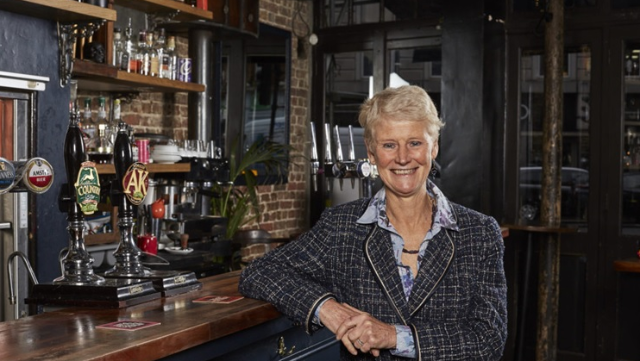 After 10 years as Chief Executive of the British Beer & Pub Association, Brigid Simmonds OBE has decided to step down. Brigid is leaving to become Chairman of the new Betting and Gaming Council which will combine the Association of British Bookmakers with the Remote Gambling Association. She will step down on Friday 11 October.

The search for a new BBPA Chief Executive is underway.

“Brigid has led the organisation with confidence, sharp intellect and humour when needed and has successfully raised the profile of the BBPA and its members with Government, media and other legislative organisations.

“During her tenure, Brigid has led numerous successful campaigns to reduce beer duty and improve access for pubs to business rates relief. She has promoted the industry at Westminster and ensured the voice of brewers and licensed retailers has been heard loud and clear. Brigid admirably represented the industry during the Pub Code Inquiry and played a key role in the recently announced Sector Deal for Tourism.

“Brigid is a true force of nature and I feel privileged to have served alongside her. She is powerful in her arguments, passionate in her defence of great British beer and the great British pub, and rapier-sharp in negotiating with politicians. She has been an incredible representative of our sector and I know I speak on behalf of all the BBPA members when I say that the BBPA’s loss is most definitely the gambling industry’s gain. We wish her every success in the future.”